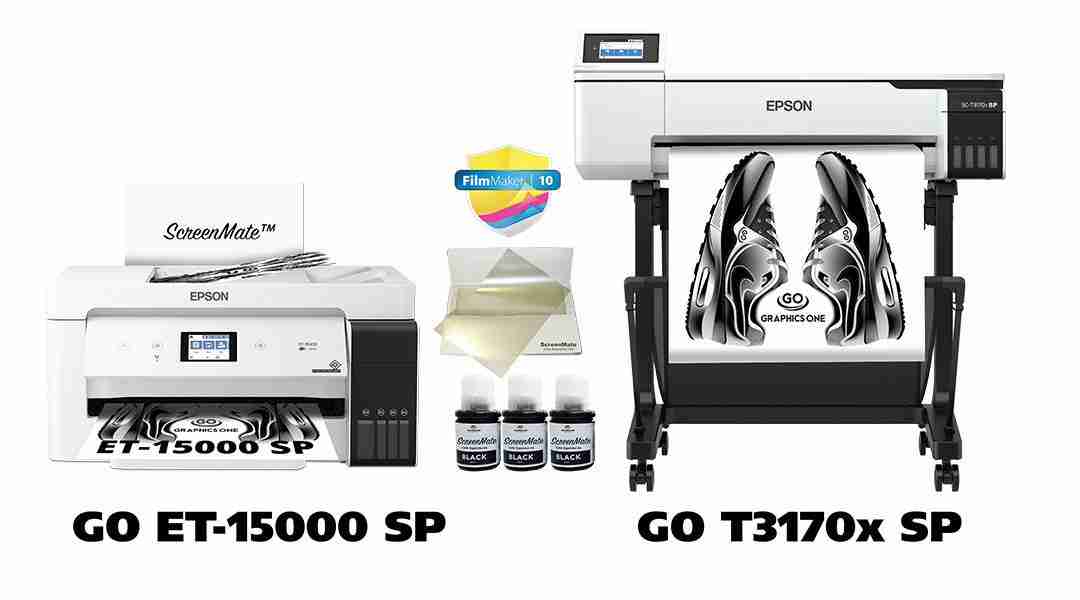 Graphics One has been offering the ScreenMate product line for imaging film positives for over a year now. Both systems were developed by Graphics One as complete turnkey film positive systems featuring two EPSON printers from the ET and T series of printers. The GO ScreenMate ET-15000 is a 13”x 19” printer and the GO ScreenMate T3170x has a width of 24-inches. Both systems come complete with everything needed to get started including free training and support.

What Do the Kits Include?

Tailored specifically for use with the EPSON TFP print head, ScreenMate Ink is the leading film positive ink sold in North America. The reason for this is its outstanding UV blocking capability and ultra-high ink dmax. Additionally, ScreenMate film is the leading microporous and water-proof film available for the screen print market.

Both ScreenMate systems include CADLink’s FilmMaker RIP for controlling the printer’s output for this screen print application. Without a doubt FilmMaker offers ease-of-use with sophisticated controls, image workflow management, patented screens, InRIP separations and many other features make this the best software for screen printers.

What are the GO advantages?

The GO ScreenMate systems are a far better solution and here are the reasons why:

END_OF_DOCUMENT_TOKEN_TO_BE_REPLACED

Thank you! You have successfully subscribed. We will contact you shortly.